VW's first generation of Mass Produced Direct Gas Injection Engines. Before you consider tuning or buying one of these vehicles we wanted to share with you the most common issues

The EA113 2.0L Tfsi engines are the first generation Direct injection engines tha vw decided to mass produce on platforms like Golf 5 / Scirocco / Audi A3 A4 A6 / Seat leon / Skoda octavia and each of those platforms are using those engines also in the sportier versions like VW Golf 6 R / Golf 5 Edition 30 / Scirocco R / Audi S3 /Audi A4 DTM / Seat leon Cupra / Skoda octavia rs and Vw Polo R. Just Before you buy or decide to tune those cars or engines here are some things you should now.In case you already did and you are facing problems read the following article that might give a solution to your problem.

The High pressure pump is what makes those direct injection engines perform so well and fuel efficient.The pump is feeding fuel to the injectors with up to 125 bar of pressure using the intake camshaft lobe to pressurize the fuel by pressing the pump shaft 3 times per 1 camshaft turn.The pump is located on the engine cylinder head (left hand side of vehicle). 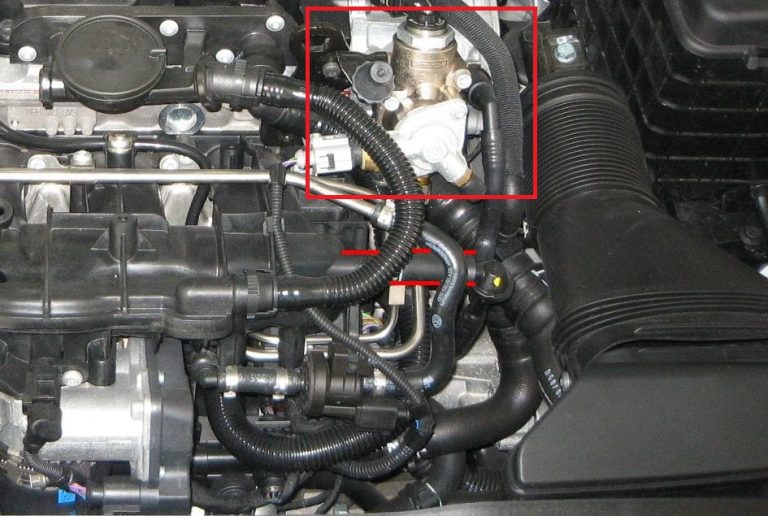 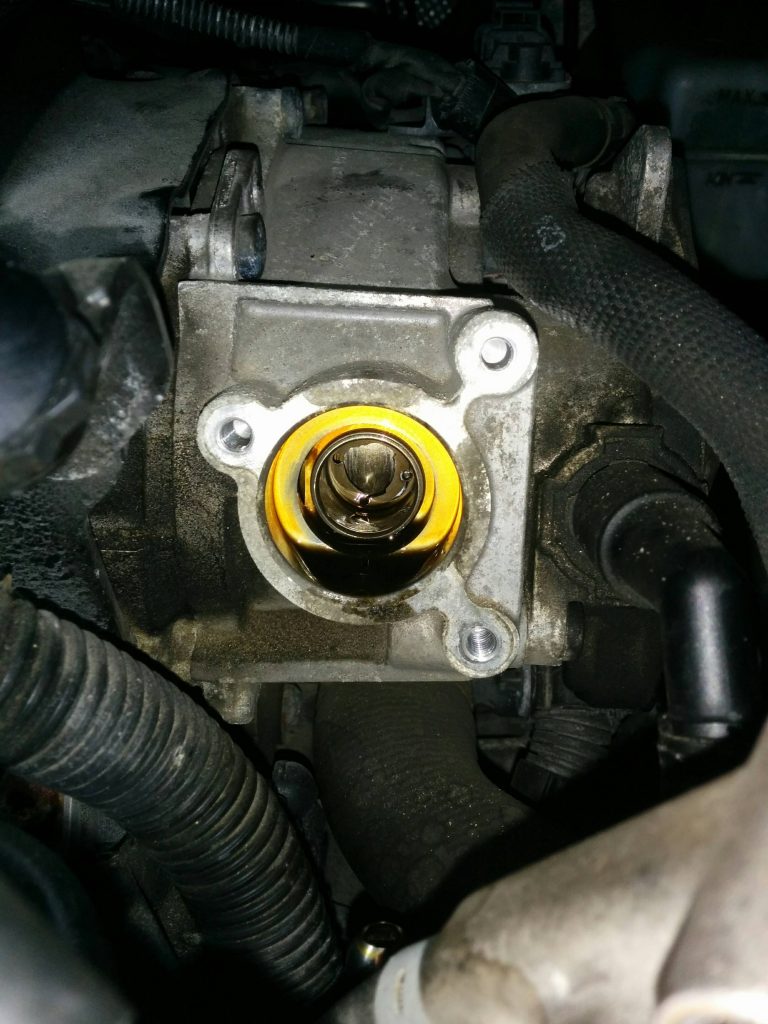 Inside this pump there is a friction bearing between the camshaft lobe and the pump shaft called "cam follower". The cam follower protects the camshaft and the high pressure pump from excessive wear and seals the engine from oil contamination in case there is an internal fuel leak from the fuel pump.In the following picture you will see how a cam follower is and what it looks like on various stages of weariness. 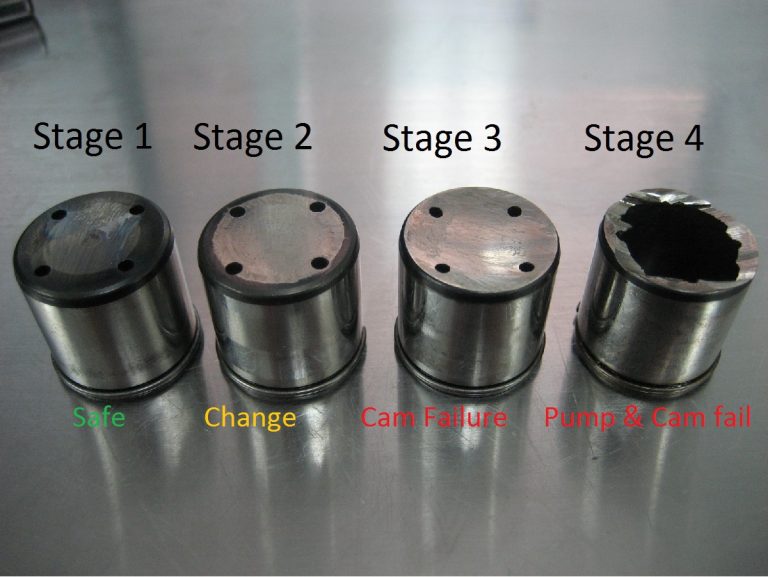 Although the "Safe" stage is safe for your engine you should replace it as originally the cam follower comes with a protective black friction coating as it is obvious that this coating is long gone.This cam follower should be checked and replaced every 60.000km or every 10.000 to 15.000km if you are using an aftermarket performance fuel pump.
Failing or neglecting to replace your cam follower will initially give you performance problems and the following dtcs:

If you continue to neglect the error catastrophic causes will occur and will result camshaft damage or even engine meltdown in case there are aggressive software settings.Take a look at the following pictures : 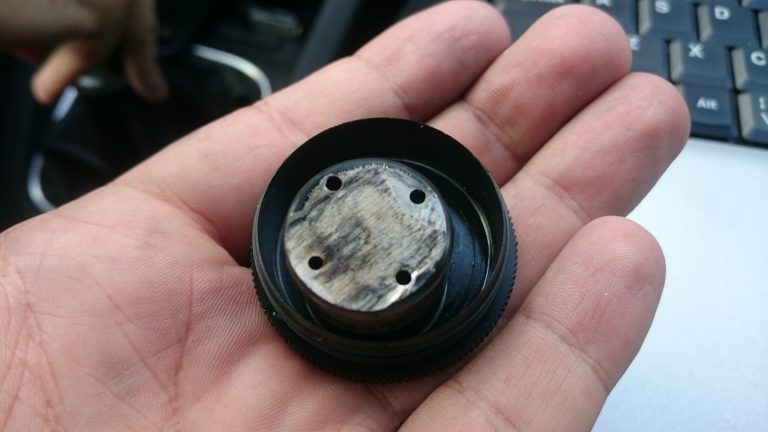 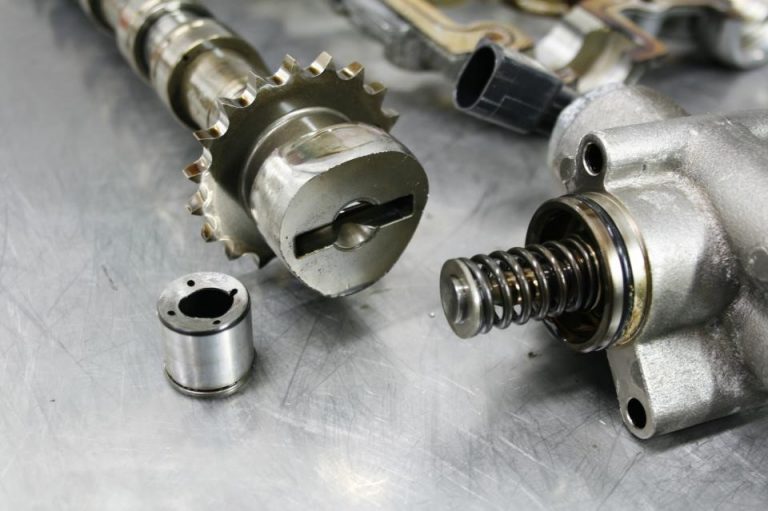 The first generation of diverter valves were faulty and were braking down instantly after any software optimization that would raise the pressure over 1 bar of boost.However a lot of them were also braking down after 30.000 or 40.000km of normal driving with oem software.So below you can see where a diverter valve is on a k03 and on a k04 turbocharger installed on 2.0l TFSI engines. 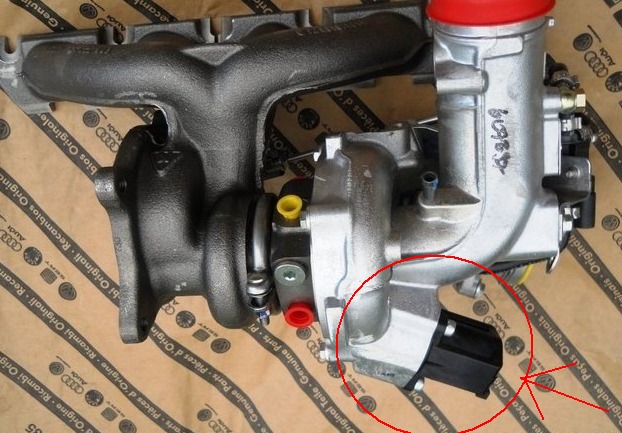 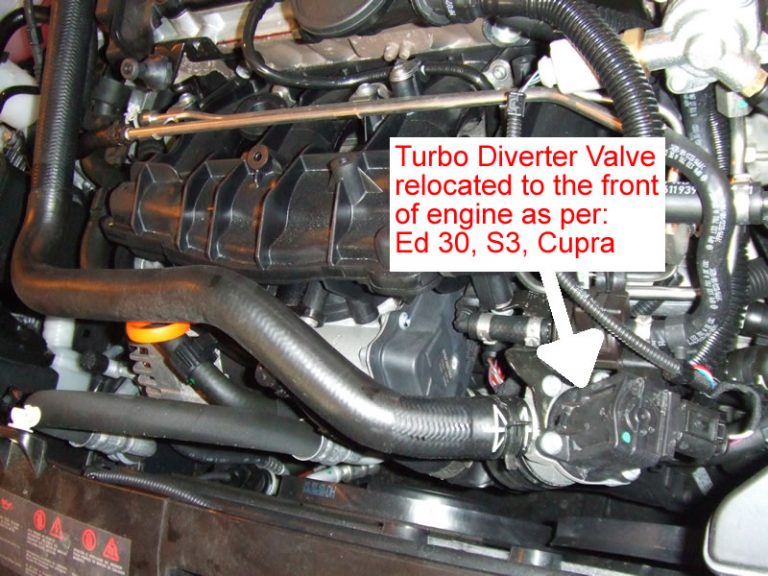 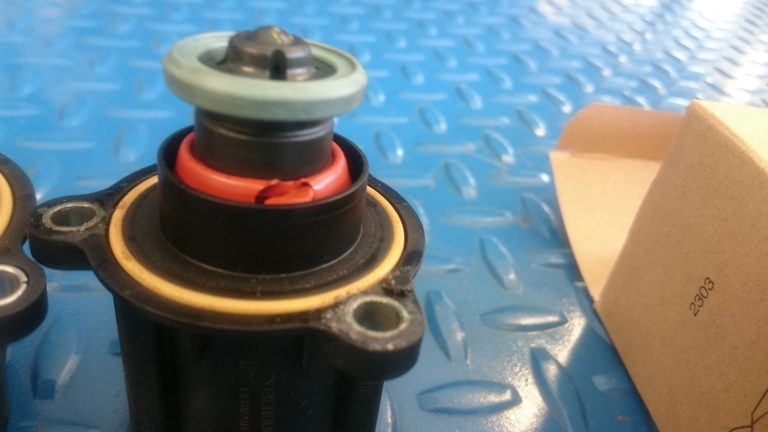 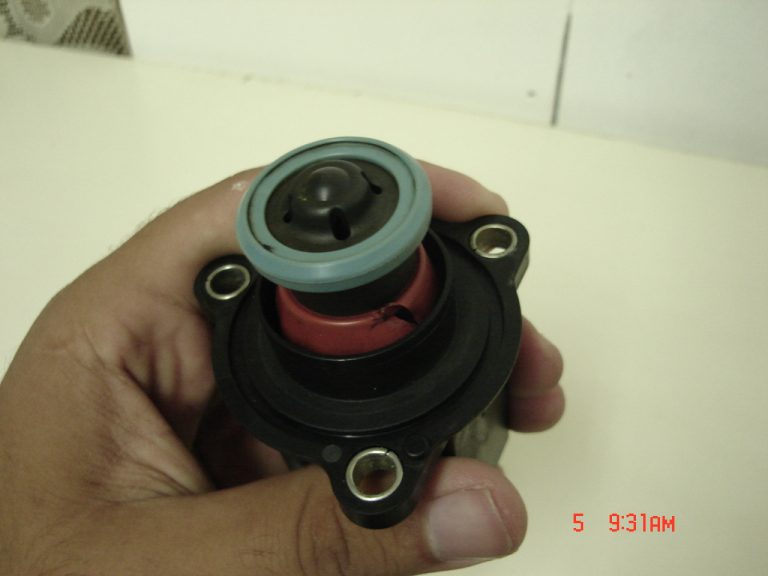 You can see a big hole on the membrane and this causes the boost loss on the intake system.The faulty parte code is 06f 145 710 c and the revision code will be shown in the next photo. 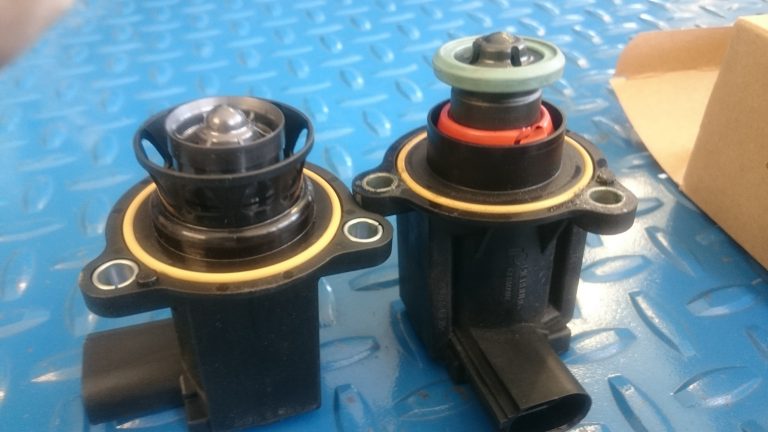 Left Faulty Deverter valve and right revision replacement.This fault will probably cause limp mode or (safe mode) and will give you a blinking engine light and here is one possible dtc code:

Since Tfsi engines are direct injection there is no way to wash the valves using fuel as the normal MPI engines so there is a big issue in carbon build up on the intake valves that is cause from many reasons.The next photo is clean from carbon residues but not the second one. 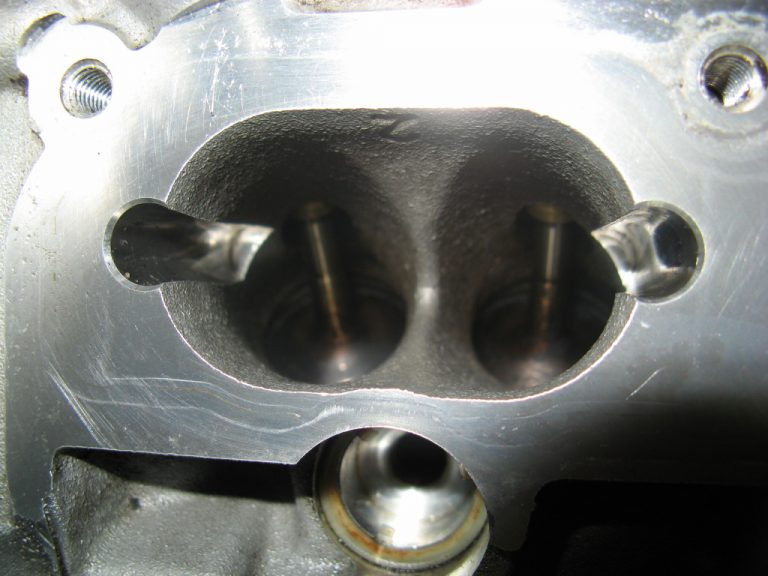 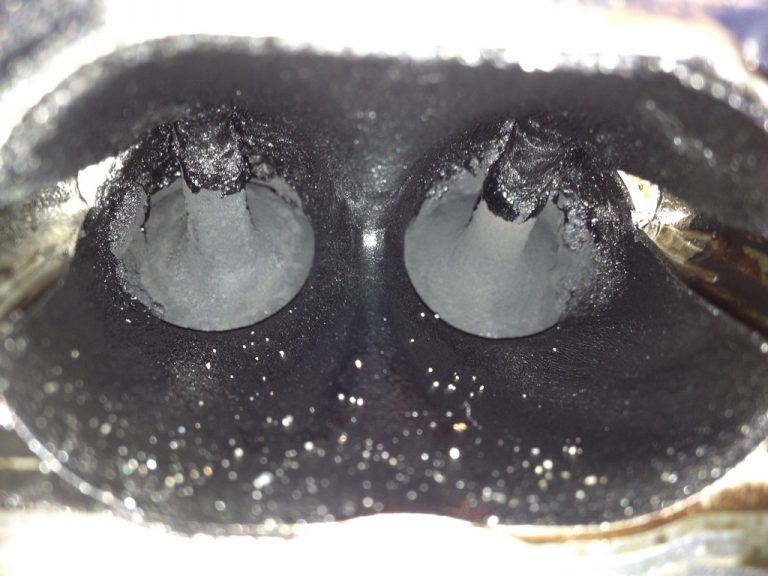 Reason 2 : Carbon buildup is also caused by the Egr valve(exhast gas recirculation valve) which is mixing carbon particles coming out of the engine as exhaust gas with the oil inside the intake system. 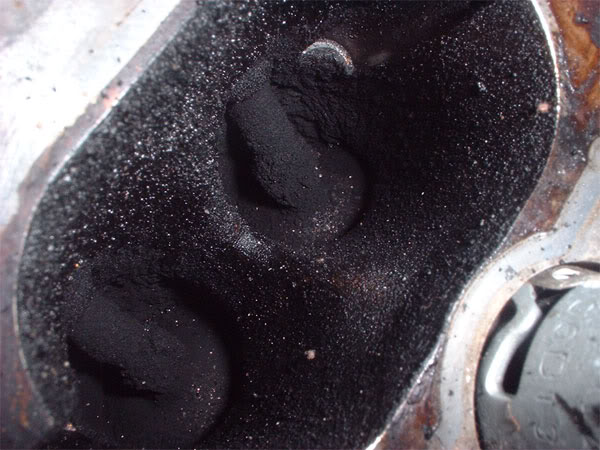 On very bad cases like the photo above engine will start to have misfire issues, reduced performance and bad fuel efficiency as the carbon will prevent the valves from moving fast and freely, will reduce the airflow and eventually will prevent the valves from closing properly and sealing the combustion chamber.This problem can also affect your variable intake flaps and will prevent them from regulating your intake air speed which means bad idle and bad fuel efficiency too.Related dtcs are 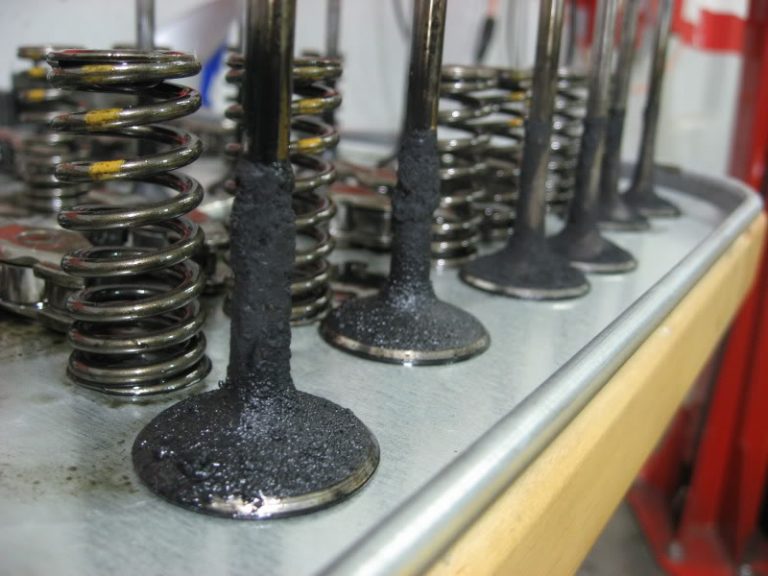 Avoiding the problem :
There are 3 things that you can do to reduce and avoid the carbon buildup.

The DTC that might occur in such a case is the following :

The PCV valve (Positive Crankcase Ventilation valve) is a one-way air valve that allows the flow of "blow-by" gases and vapor to escape into the intake system.The system consists of a rear valve that is attached to the turbo inlet to provide fresh air into the crankcase, and a front valve which allows air to flow only out of the crankcase and into the intake manifold. 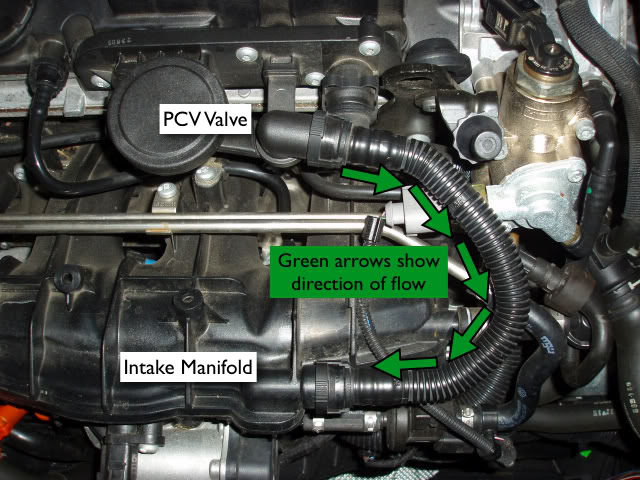 During normal operation, a small amount of unburned fuel and exhaust gases can and do escape around the piston rings and enter the crankcase, referred to as "blow-by". If these gases remained in the crankcase and condensed, the oil would become more diluted over time, decreasing its ability to lubricate(sludge) 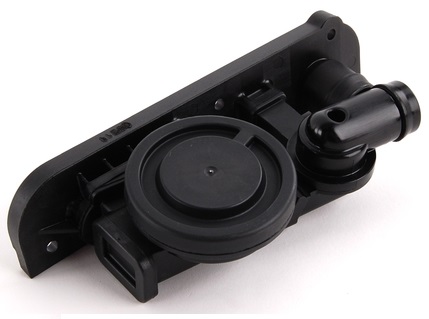 The PCV valve should only allow air to flow from the crankcase into the intake manifold when it is working properly. Since the air in the intake can be pressurized by the turbocharger, the PCV valve prevents the pressurized intake charge ("under boost") to enter the crankcase. If the PCV fails, the pressurized intake charge will leak into the crankcase, resulting in loss of boost pressure and hence power.It can also force the gases out the rear PCV into the turbo. This is why with some PCV failures oil is found in the compressor housing,outlet pipe, and intercooler piping.
The DTCs that might occur in such a case is the following : 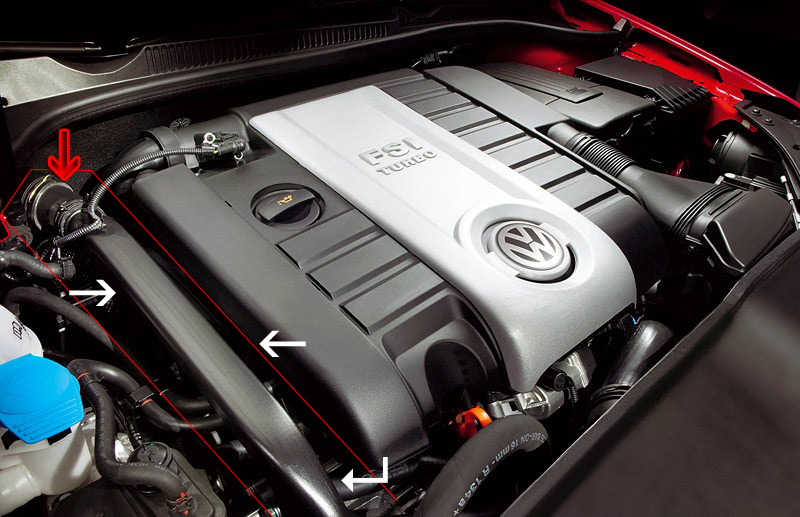 The sound enhancer module is an innovation from vw that was introduced on the Gti mk5 platform in order to increase the engine sounds for the ultimate GTI driving experience.
The Pipe is connected to the intake system while driving the air to a closed membrane box system that gives a certain sound to the cockpit.This box is not capable of holding more boost then 1 bar so we suggest to remove the pipe and seal the intake system if you need to have a stage 1 or stage 2 software, otherwise once that brakes all the boost will leak from the engine and there will be less power then stock while the ecu will trigger the p0299 dtc.

Find out what we can do for your car

Take a look at what Llandow Tuning can do for your car by searching for your vehicle in our tuning and service database.

Have a question for South Wales leading Tuning Center? We're happy to help, ask away

The more technical the question, the more we suggest you use our online question form. We can get the right member of our team to answer rather than someone giving wrong information over the phone